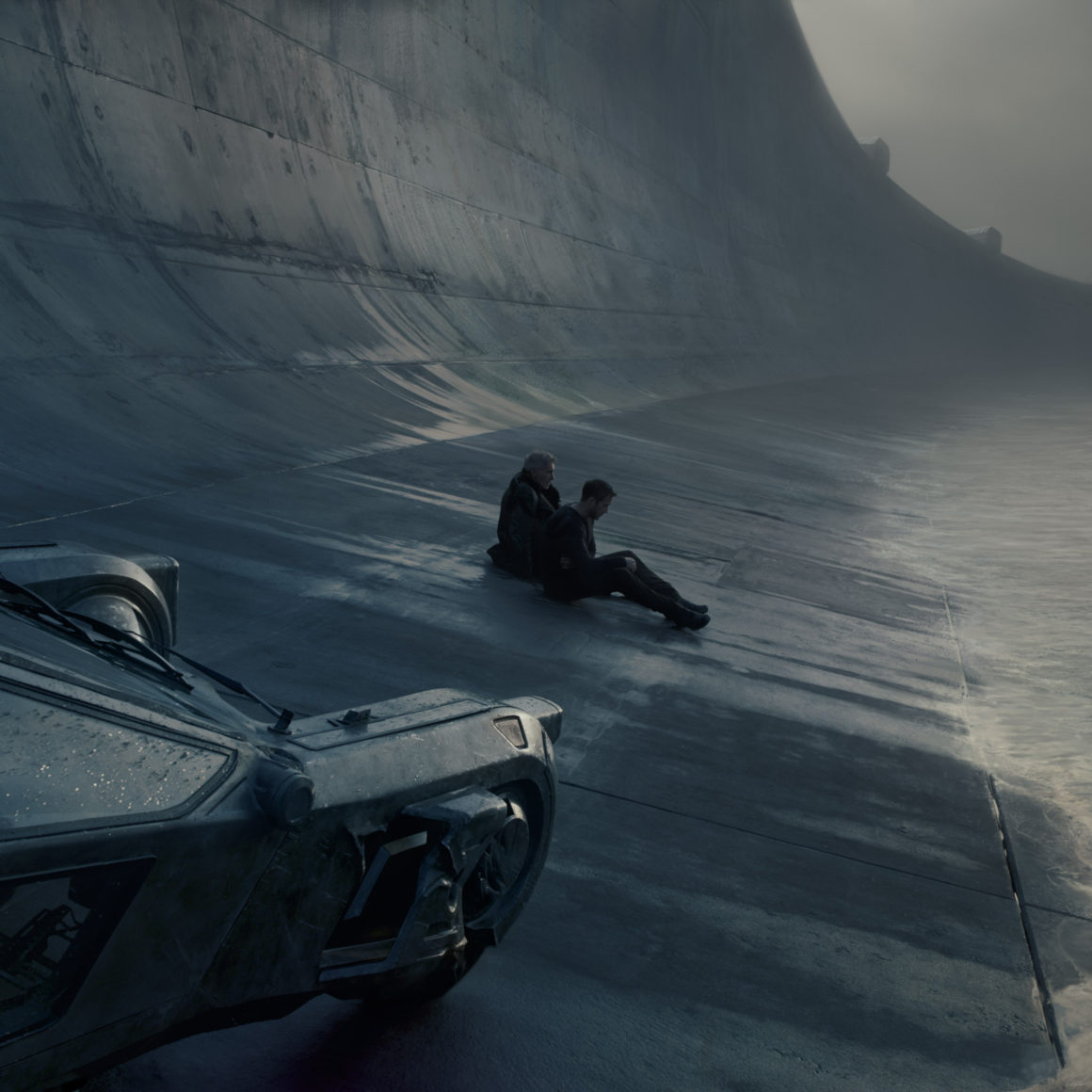 In two separate in-depth, spoiler-filled pieces scribes Hampton Fancher & Michael Green chat about what it took to return to a dystopian Los Angeles.

Read a sample from Green’s piece where he chats about creating the baseline test for K:

While Blade Runner: The Final Cut sparks debate as to whether or not Deckard is a replicant, 2049 presents its Blade Runner protagonist K (Ryan Gosling) as a replicant from the outset. Gosling brings a very nuanced and well-structured performance to K, a name that is likely a nod to Kafka’s protagonist in The Trial. In the original Blade Runner, a verbal line of empathetic questioning known as a Voight-Kampff test was used by a blade runner to determine if a person is a replicant, and in 2049 Green created a new test whereby a “look up and to the left” command could be given that replicants must obey that would reveal the serial number tattooed to their eyeballs.

“The initial Voight-Kampff test was to help identify replicants,” Green says. “And for replicants to be back in service, it meant they had fixed certain things that gave them anxiety about the initial ones. Which is how we got to, Would you look up and to the left? So the anxiety isn’t, I can’t tell what’s a replicant and what isn’t, it’s, Are we certain they are safe?” The notion of safety led Green to create the “baseline test,” an evaluation made specifically for blade runners.

Initially in Green’s mind, it was more of a passive test, but then Villenueve thought of shaping the baseline into a much more aggressive test and wrote out his own gargantuan line of questioning that Green wound up loving. As it appears in the film, K undergoes a barrage of questions that seems to probe both emotional and non-emotional subjects, and the desired effect seems to be K’s ability to filter out the emotional prompts.

“The conversation started with modern-day, non-sci-fi fantasy noir—how police after any sort of dangerous encounters have to undergo psychological testing,” Green says. “That led us to imagine what a more probing psychological test might be. That there’s a technology—we never see a mechanism of it—that essentially stares into your soul and can tell what state your soul is in, assuming of course you have one. Well, a soul is probably the wrong word. There are moments and flickers onscreen where you see what police commander Joshi (Robin Wright-Penn) sees looking at K (while he takes the test), and the images are beautiful. It looks like a white fountain on her screen, and you’re imagining you’re seeing deep inside some synapse in K’s brain that allows them to see whether he is his usual constant K.”

Enjoy what you read? See Issue 29’s Table of Contents – or – Subscribe!